What can we learn from the FOMC minutes?

One of the key lines from the FOMC minutes was that ‘various participants mentioned that they expected the conditions for beginning to reduce the pace of asset purchase to be met somewhat earlier than they had anticipated at previous meetings in light of incoming data’.

This sounds hawkish, but the initial reaction from the FOMC minutes was dovish. Why?

This is because this much was already pretty much known from the June 16 meeting and Powell’s comments. What the USD bulls were looking for to take the USD higher straight out of the meeting was anything in the minutes that would indicate that tapering would be imminent. This was not the case. Theinitial dovish case can be made from the following.

In the minutes some participants noted that incoming data was creating a less clear signal about the underlying economic momentum and judged that the committee would have more information in the future to make a better decision. So, there were positives and negatives in the minutes, but more data needed to be more definitive is what the FOMC minutes say. This is from both a virus and economic perspective.

So, here is a fast run down of the latest data the Fed have had post June 16. 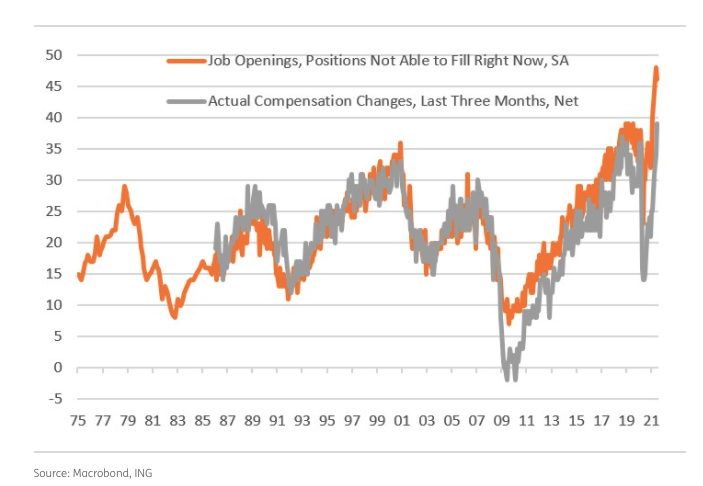 However, this mixed NFP picture can quickly end up painting a bullish picture as companies are having to pay more too attract more staff. ING see that this will result in inflation remaining elevated and that the Fed will end up hiking in 2022.

2. The FOMC minutes showed that the Fed is still deeply committed to inflation remaining transitory and they repeat it multiple times during the minutes. They also take comfort from latest data suggesting that longer term inflation is not ringing alarm bells for them. The last PCE reading, the Fed’s preferred gauge for measuring inflation, showed a small drop from forecast 0.6% to 0.5%. That will help affirm the Fed’s position that inflation is transitory’

3. The latest vaccine data suggests that the double vaccinated are protected from serious illness. According to Bloomberg on July 05 the double jabbed with a Pfizer vaccine is effective in preventing hospitalisations in people by as much as 93%. That is good enough for the openings up in Israel and the UK to continue. This means we will move from ‘containing’ COVID-19 to ‘living with it’ if this continues,DXY

In the longer term this does not change things. The Fed are more optimistic about the recovery, but they need to see the labour market stabilise. It’s that unemployment data that the USD bulls want to see drop in the very short term alongside jobs growing too

The Dollar Index should keep finding buyers from any dips lower even if the near term speed of dollar strength will slow/pullback a little.

There is nothing to change the bottom line that the dot plots shift is right. The Fed will be hiking sooner than they previously thought. 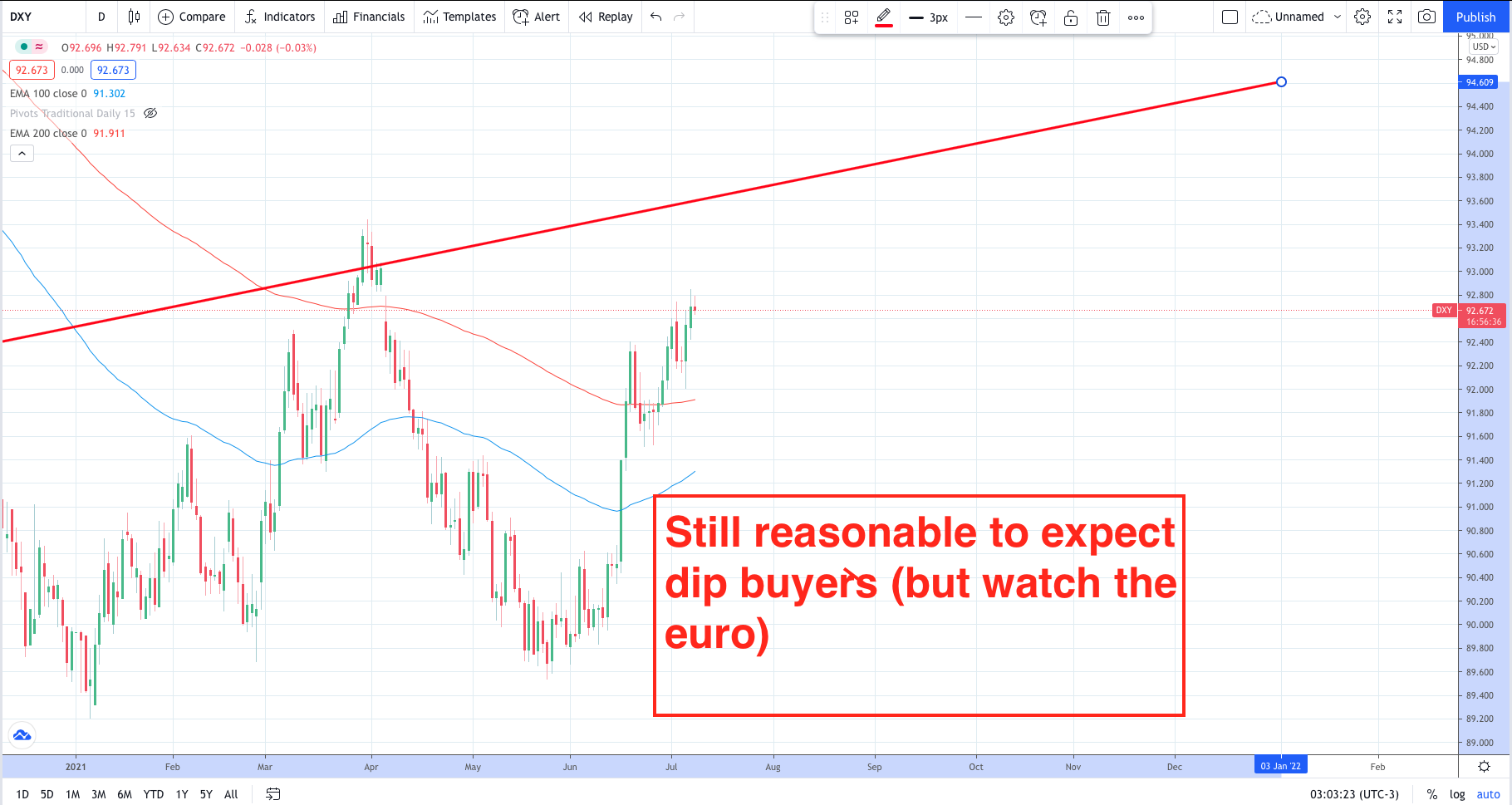