USD/JPY higher into the Tokyo fix then drift back

USD/JPY was taken higher into
the Tokyo fix today, with market highs falling just shy of 111.00.
Since the fixing the rate has drifted a few points lower. Overall the
range has been small.

EUR/USD
has also seen a small move to the upside (and also a small range),
trading to around 1.1945. The only two
items of news of note out
of Europe were: 1
the EU rejection of a summit with Putin, which had been a
French/German proposal. These big two are not often defeated on
issues when combined, but they did lose this one. And
2, Germany’s economy minister forecast a resolution of tariff
issues with the US on steel and aluminium by the end of the year.

From
the US we had further ebbs and flows on the infrastructure ‘deal’,
with Senate minority leader McConnell saying he was pessimistic on
its chances.

AUD,
NZD, CAD are all up small against the big dollar, as is GBP.

going into the end of the quarter.

Bitcoin
was minorly boosted from news out of El Salvador that it is to become legal
tender from September 7. The country’s president announced the
crypto would begin circulating alongside the USD in statements back
at the beginning of this month, but it seems setting a firm date for
introduction was enough to help BTC along today. For BTC/USD it did
not have a large range. 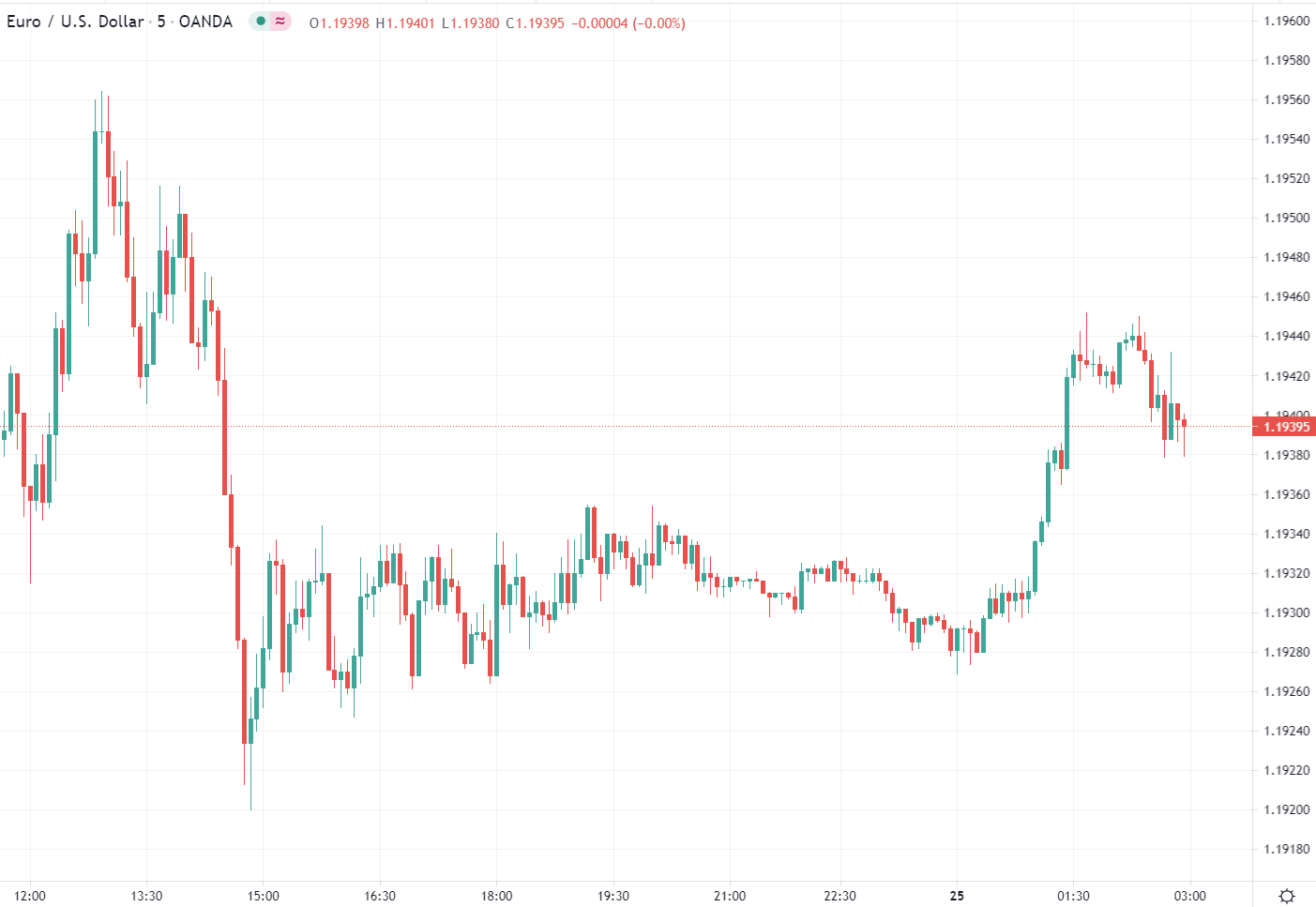