the US retail  sales came in weaker than expected at -1.1% versus expectations of-0.2%. The core measure also was weaker than expected at -0.4% versus +0.2% estimate. However, almost from the release, the US dollar moved higher despite the weaker data.  That trend continued for most of the day with the USD being the runaway strongest of the majors, while the NZD was the runaway weakest.  The general thought was that the flow of consumer funds was going more towards services vs goods which is what most of the retail sales reflects (although there is a measure for food and drinking establishments which indeed rose 1.7% for the month. It is the only service category in the report though). 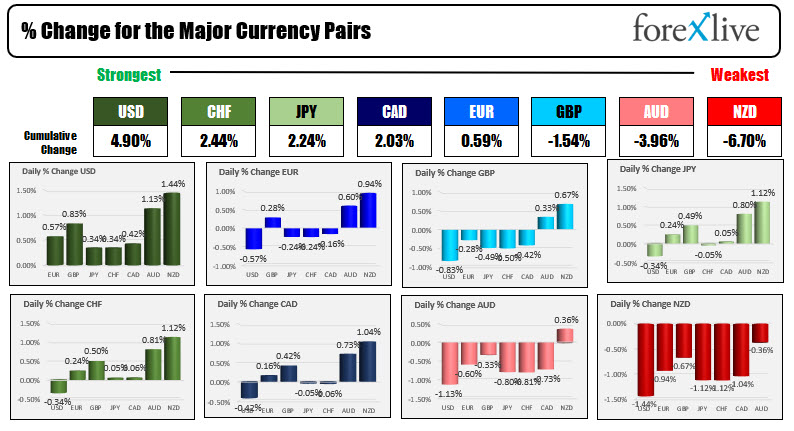 The NZD was weaker after the Prime Minister declared a national lockdown after finding a single case of Covid. That took place in the Asian session, and NZD got weaker and weaker throughout the day.

The US stock market saw the S&P and Dow industrial average snap their five day winning streak today (and also 5 day’s of record closes). that may have led to a move into the relative safety of the dollar (at least on paper).

In other markets near the end off day close:

going into the new day: