The US dollar is off and running today


Shot out of a cannon today

The FOMC Minutes appeared to take some wind out of the US dollar’s sails in New York trade but the bid is back.

Dollar buying has been non-stop since 0000 GMT, which is 9 am in Tokyo. That time isn’t a coincidence as it looks to be USD/JPY buying driving the broad US dollar move. 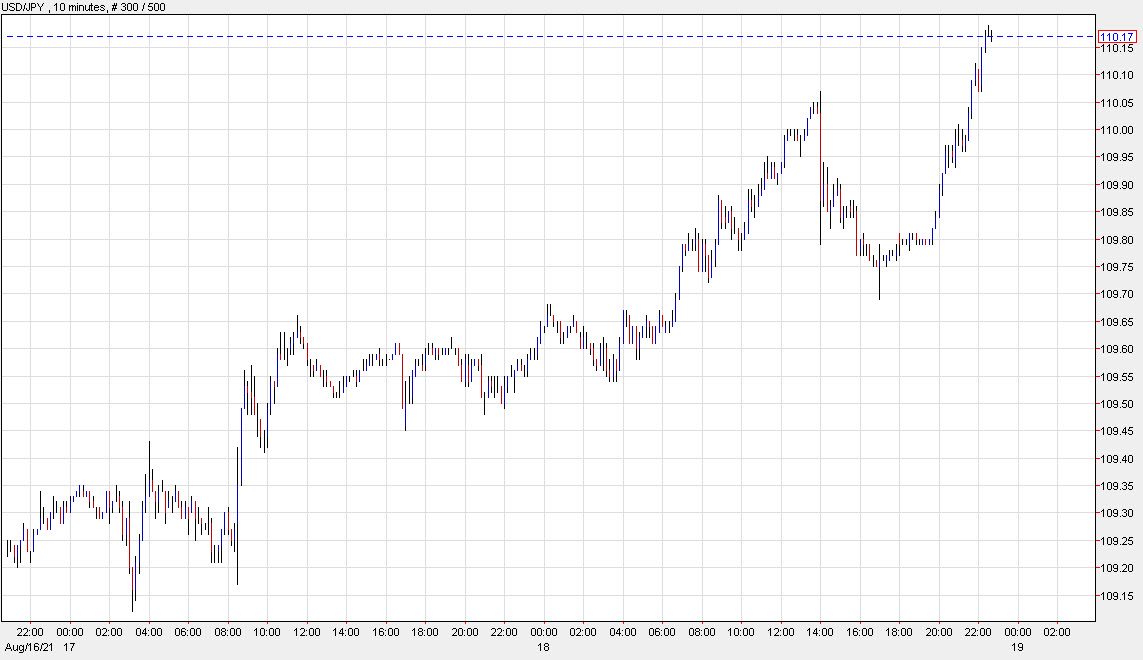 Some are pointing back to the Minutes and talking about a before-year-end taper as the culprit but that’s long been baked into the market and reeks of trying to fit a narrative into price action.

Looking across markets, there also isn’t much supporting the dollar move. US 10-year Treasury yields were down after the FOMC Minutes and have stayed down, falling a further 1.1 bps in Asian trade to 1.261%. Price action in the front end is similar.

There is some risk aversion in Japan as well with the Nikkei 225 down 0.7% at the midday recess. Normally that kind of thing would be expected to weigh on USD/JPY.

To me, this comes down to old fashioned flows but when they’ve clearly ended, I would expect to see a dollar retracement, particularly outside of USD/JPY. The risk is that we blow through stops in the meantime but so far, some of the barriers you would expect to see in EUR/USD haven’t materialized.