Oil trades at highest level since 2014

As the North American session begins, the NZD is the strongest and the CAD is the weakest.  In NZ, the NZIER Quarterly Survey of Business Opinion (QSBO), which is a closely watched NZ economic indicator painted a picture of a strong economy with rising inflation pressures.  As a result, some banks began to revise their expectations for RBNZ policy.  ASB, revised its RBNZ cash rate hike projection with analysts now expecting the RBNZ to hike at the November meeting this year. ANZ followed quickly by reiterating that they expected the central bank to raise the cash rate “sooner rather than later” but not yet putting a firm date on their forecast.  For the CAD, the USDCAD initially moved lower (higher CAD) with the pair falling to the lowest level since last Monday – taking out the Friday US employment low in the process. However, momentum could not be sustained and the price moved back higher. The pair is trading back above the 200 hour MA at 1.2354 by a few pips and in the process, the CAD has moved lower. The EUR is also neck and neck with the CAD as the weakest of the majors today. The CHF is also weaker. 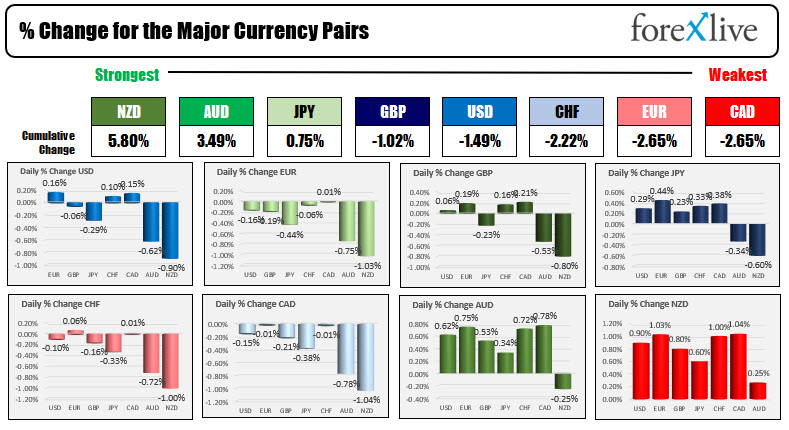 The USD is mostly lower as traders return from the 4th of July holiday. The USDs declines vs the NZD and AUD are leading the way with the dollar modestly higher vs the EUR, CAD and CHF. 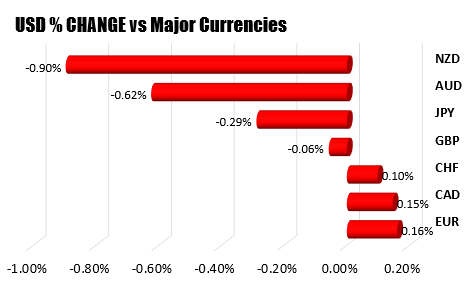 In the premarket for US stocks, the major indices are mixed with modest changes The S&P is made seven consecutive record closes. The NASDAQ index is on a today record close streak while the Dow industrial average closed higher on Friday for the first time since May:

In the European markets, the major indices are trading lower:

In the US debt market, yields are trading modestly lower with the yield curve also mostly flat or at 118.8 basis points for the two – 10 year spread.