The latest services and manufacturing PMI’s from China show a slow down in growth that doesn’t bode well for Q3 and Q4. The official PMI print came in at 50.4 for July, which was a drop from the previous month’s reading of 50.9. Of concern was that new orders fell 0.6 points and new export orders fell too. The services came in at 53.3 which was a fall from 53.5 in June. Furthermore, Iris Pang, the chief economist for ING on China has noted a drop in investment on equipment. Pang thinks that hints at two things. Firstly, is it that the chip shortage is holding back availability?Secondly, is it that companies sense lower growth prospects, so they are holding back investments? Either way Pang notes a mood of slower growth that is starting to emerge from China.

Why is this happening now?

The reason for the slowing growth prospects can be attributed to a number of factors: the global shortage of semiconductor chips, the rising delta variant, slowing real estate activity in China as regulators tighten purchase polices and mortgage limits, as well as increasing tensions between the US and China and the ‘tech war . Furthermore, President XI, has announced further policy moves from China and they could end up sacrificing short term growth for longer tern policy aims. China is trying to navigate some domestic reforms including the deleveraging of the the real estate sector, reforming data privacy and micro lending. So, there are a handful of issues to potentially further slow down growth.

China has promised more stimulus, so the recovery should find support from China. There is nothing to particularly note here apart from it is worth keeping on eye on China’s growth metrics from here. China cabinet said in July that China will  “use monetary policy tools, including RRR cuts, in a timely way to further step up financial support for the real economy, especially small firms”. The RRR cut is the cash requirement that banks are required to keep. By cutting the RRR this means banks have more money to lend because they don’t need to hold so much cash. A further RRR cut could well be a first port of call and should boost China’s stocks.

Key support for the Hang Seng is marked below and any sharp falls lower should find buyers on a first test. 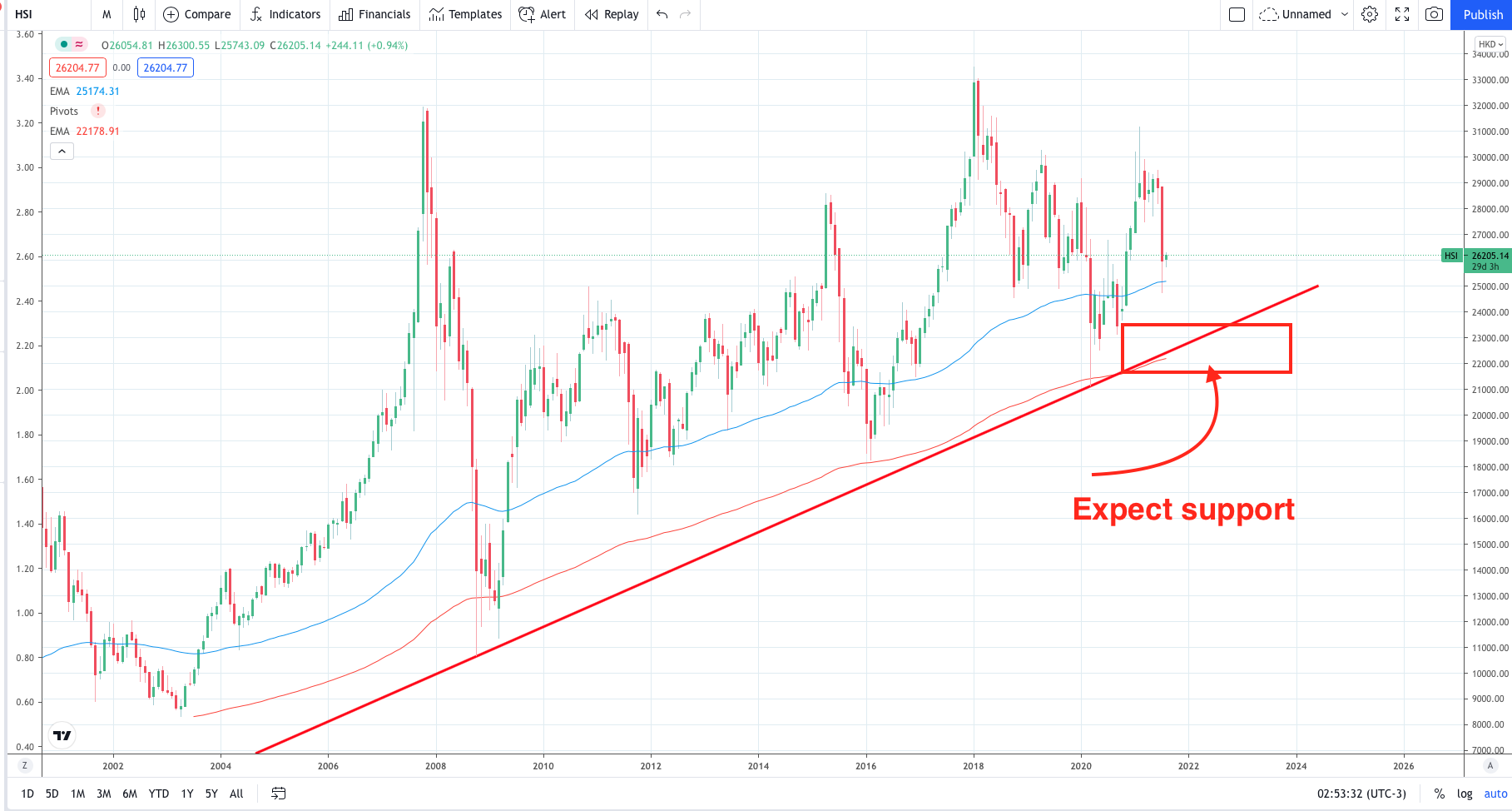