Silver still waiting for a catalyst


Silver flat today as it sits 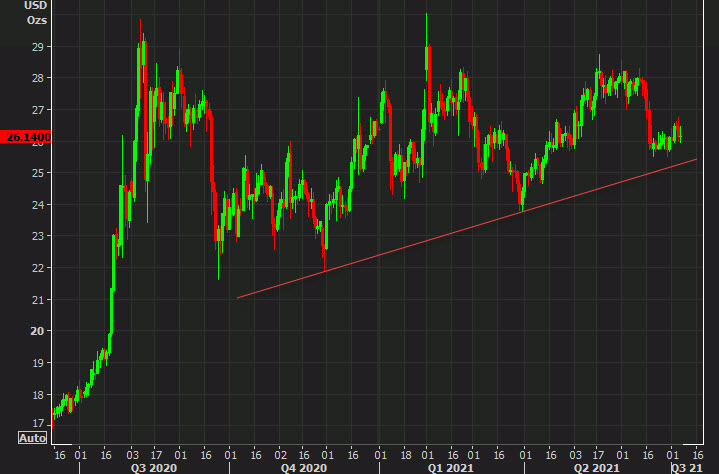 Silver and gold aren’t getting the headlines now but I believe there’s more money to be made by watching quiet markets than trading volatile ones. At the moment, silver fits the bill.

When you zoom out, there’s a big triple top ahead of $30/oz but there are also a series of higher lows and it looks like it’s trying to carve out another one now.

At the same time, it hasn’t been able to show any real life since the FOMC and I tend to take that as a bearish signal in the short term.

On the fundamental side, the case for precious metals is as strong as ever. The printing and spending isn’t slowing down and if the bond market is right, that will simply be another green light to run massive deficits. It’s a plan that works until it doesn’t and when it doesn’t work any longer, gold and silver will soar. I just don’t want to spend 10 years holding silver and waiting for it to happen. Maybe we need to get a catalyst like a US infrastructure bill, along with one in reconciliation.

For now though, I don’t see anything that screams that a big imminent move is coming, which is exactly what you might expect in July.