Highlights of the budget plan 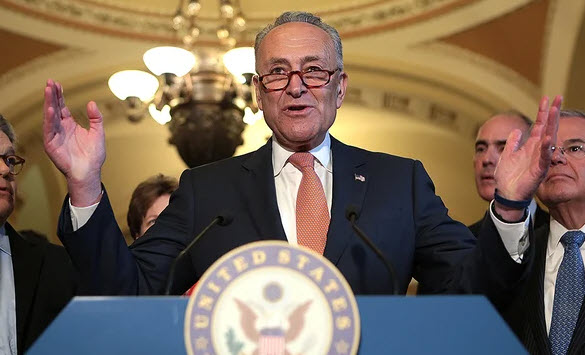 Senate Democrats are shifting to the Democrat-only plan on infrastructure with voting set to commence on the bi-partisan deal Tuesday.

This plan is for $3.5 trillion via reconciliation and includes tax incentives and grants for clean energy, manufacturing and transportation. It also calls for the legalization of millions of immigrants and would make community college tuition free for two years.

Congress also needs to deal with the debt limit in fairly short order. Republican Senator Rob Portman sees 18-20 of his fellow Senators supporting the initial bipartisan bill but hinted that he and others won’t support an increase in the debt ceiling.

Update with more highlights of the new Senate resolution: 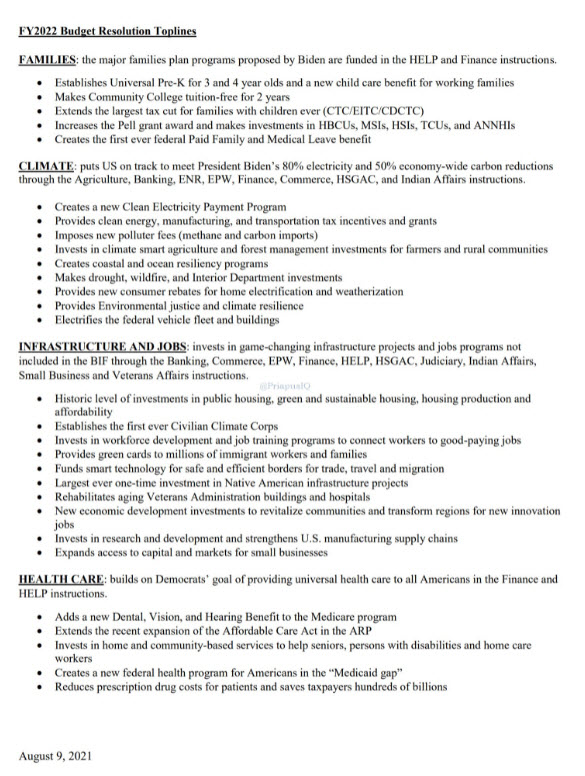 This has largely been leaked previously and will be subject to tough negotiations within the Democratic caucus, particularly on how to pay for it.
Invest in yourself. See our forex education hub.