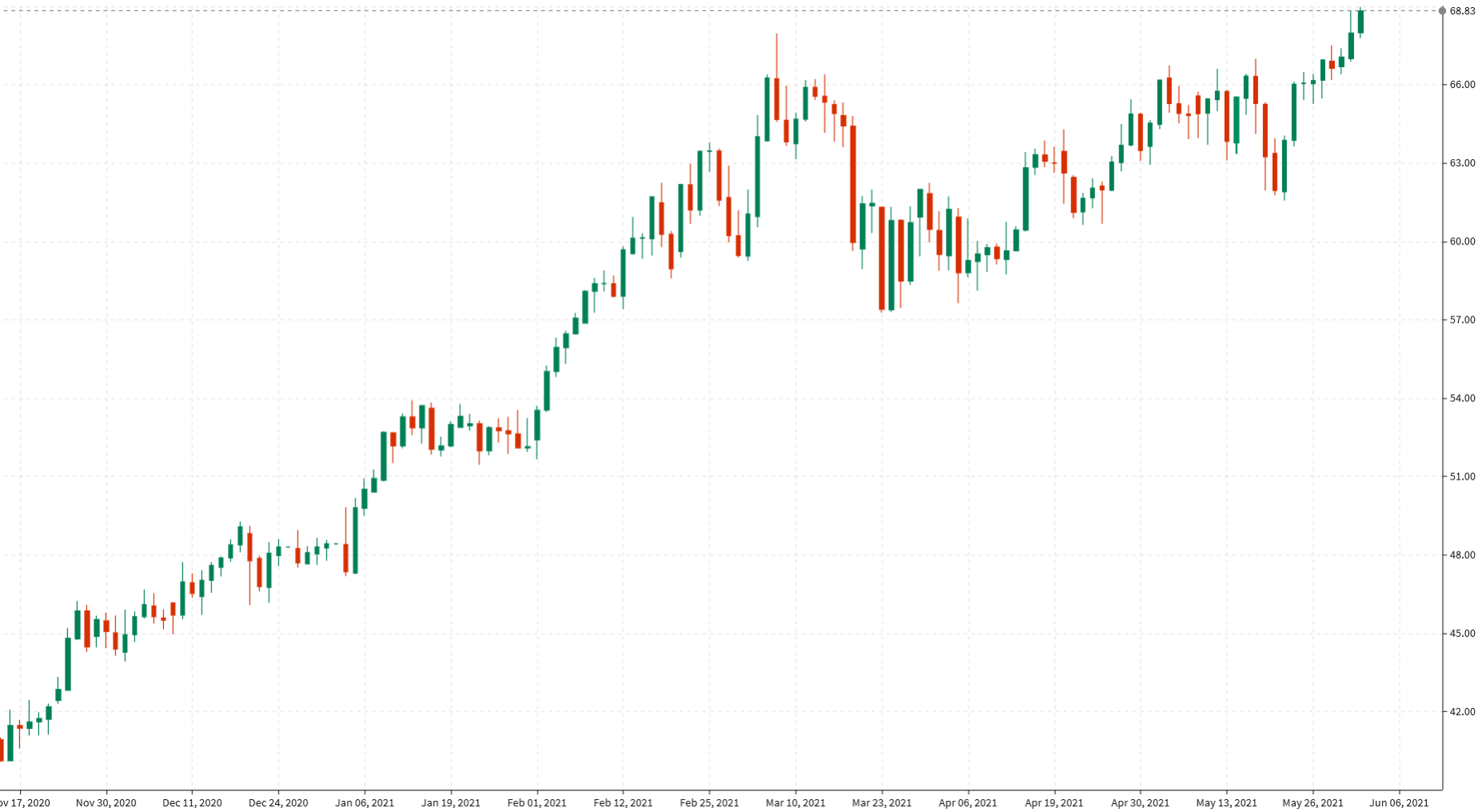 WTI crude oil touched $69.00 and is now just below in a $1.15 gain on the day. The narrowly rises above yesterday’s high and goes a long way towards confirming the break from the range.

Iran continues to loom large over the market. The latest news is that talks have broken off for a week. This was supposed to be the ‘final’ round of talks so the thinking is that a deal may not be in reach. Ultimately, I think a deal gets done so this move in oil may be fragile. On the other hand, it really should be priced in and if oil can hold above the range top after a deal, it would be extremely positive.

Talks are now set to resume on June 10, which is just 8 days before Iran’s election. The vote could derail the talks altogether.

Iran’s top nuclear negotiator said the barriers to the revival of the deal are complicated but not insurmountable.

“Differences
have reached a point where everyone believes these differences are not
insolvable,” Abbas Araqchi told Iranian state TV ahead of the meeting.

Technically, if you can ignore Iran and OPEC+ risks, this looks like a classic breakout. Note though that brent still has some major resistance just above: 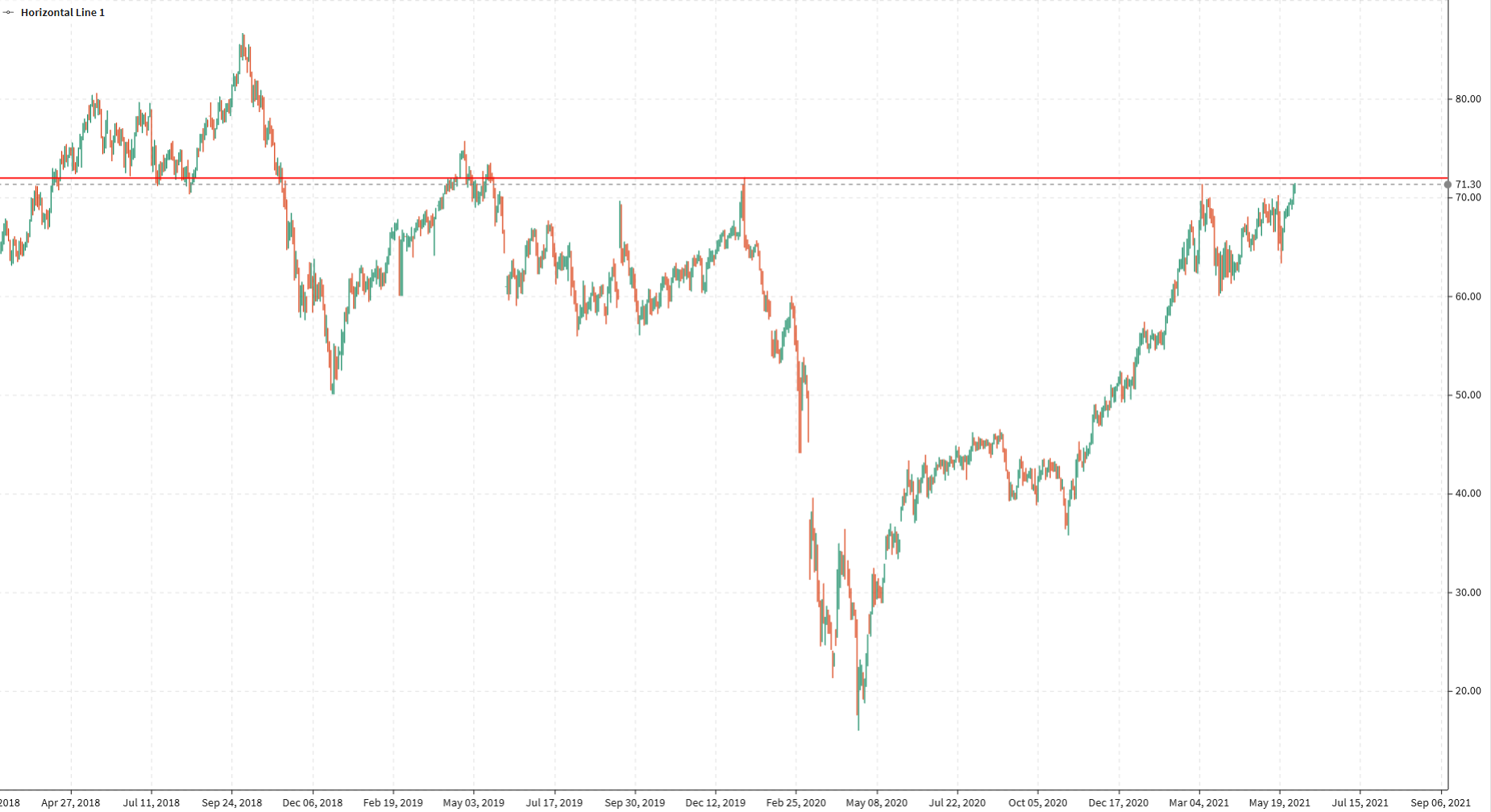