The bias for the New Zealand dollar has been tilted to the upside for some time now. NZD has benefited from the market’s improving risk outlook over global vaccine optimism over recent months. As a pro-cyclical currency, the NZD enjoyed upside alongside other cyclical assets going into what majority of market participants think was an early post-recession recovery phase.

A recent acceleration of sentiment for the RBNZ

The RBNZ surprised markets at their last rate meeting by announcing the end of bond tapering. That has now ceased as of July 23. On top of this the last inflation print was the highest in 19 quarters coming in at +3.3%. The jobs report this week was very string with unemployment down to 4.0% vs 4.5% expected.

This has led ANZ, ASB, & BNZ to all expect the RBNZ to raise their official cash rate to 1.00% by year end. That is implying a hike at the August, October, and November meeting.

The Bank of Japan is tilted lower

The problem with being short the JPY is that it is the market’s risk outlook that is the primary driver of the JPY. Economic data rarely proves market moving. Although monetary policy expectations can move markets in the short-term the key thing to remember is that safe-haven flows are typically the more dominant factor.

The JPY usually shares a strong inverse correlation with US10 year bond yields. So, the supportive sounds from Vice Fed Chair Clarida on Wednesday, on sooner bond tapering, has helped halt some of the bids into the US 10 year yields. This in turn has lifted the USDJPY and adds further help to NZDJPY longs. 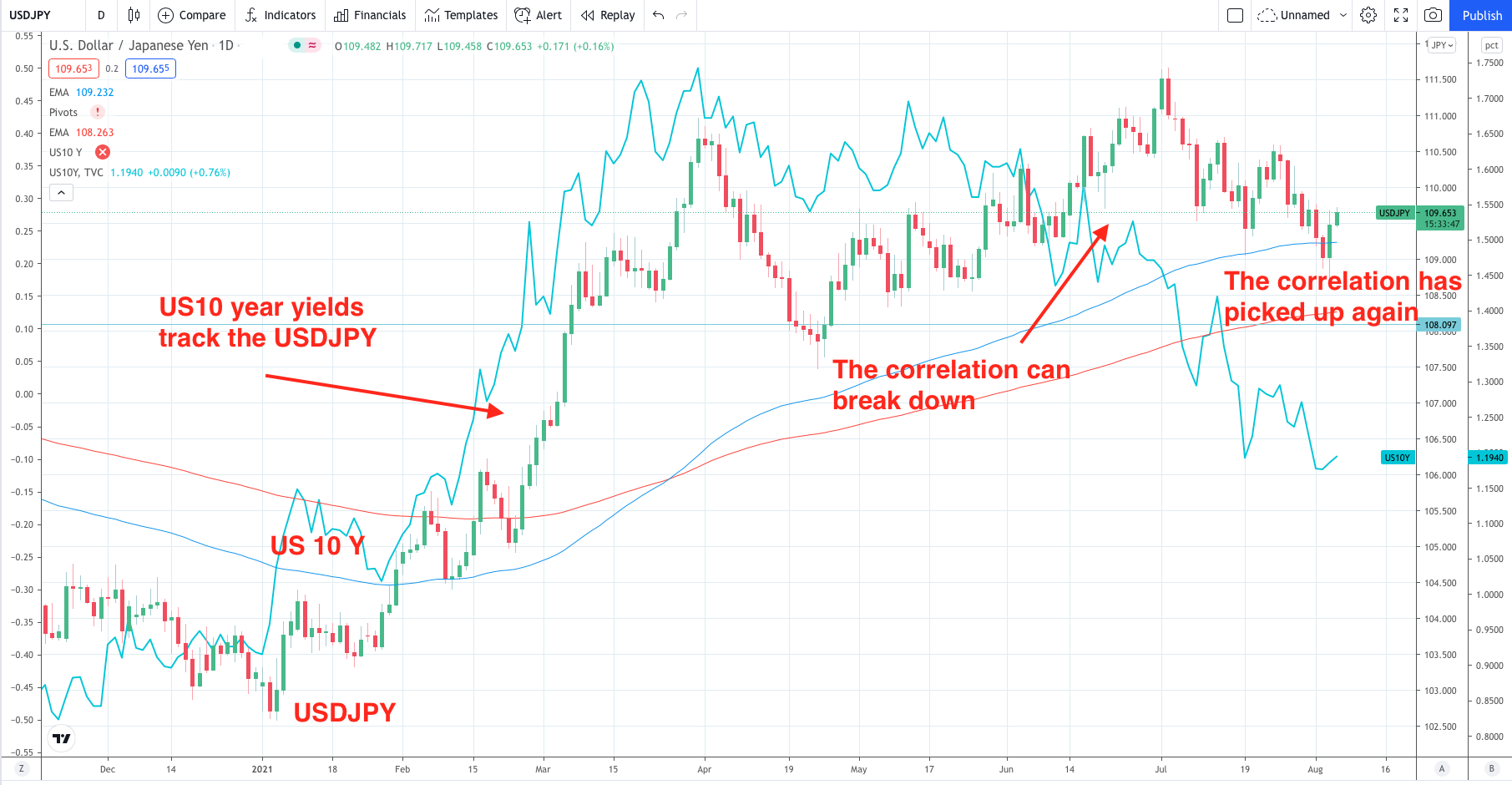 So, in summary, the outlook for NZDJPY longs looks great right now. However, any risk aversion could see JPY bids and provide a headwind to NZDJPY longs.Alternatives to consider are EURNZD shorts, but watch the ECB and their direction/response to the ongoing virus and vaccination development.

See below a few technical observations where risk can be limited and entries may be considered. 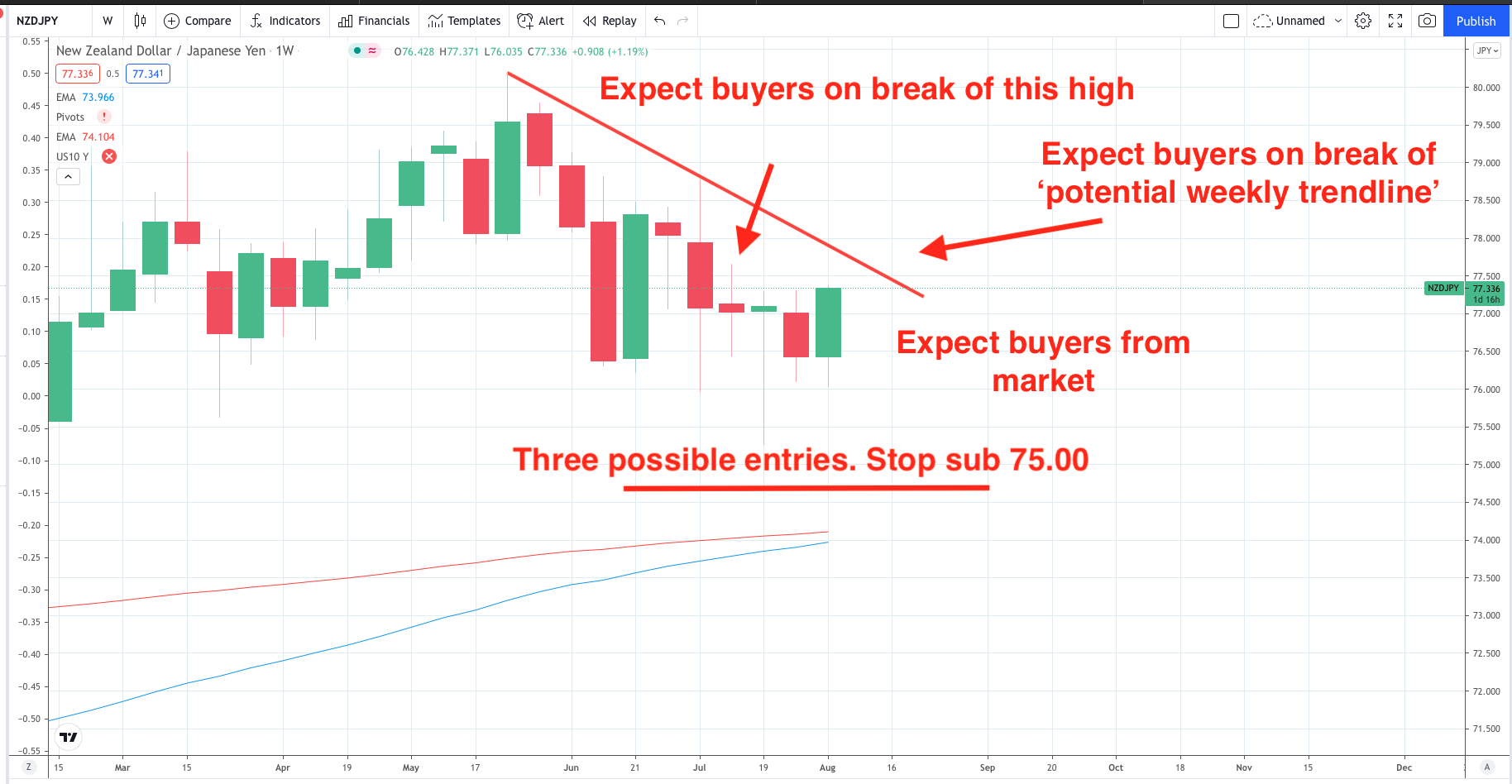