Is June the time for a bond taper?

On the face of last week’s Bank of England rate decision it was very uneventful. Rates were kept the same & asset purchases the same. Some investors had been hoping for a repeat of the Bank of Canada’s hawkish shift by tapering bonds and bringing forward interest rate hikes. The only dissenter to the on hold narrative was Andy Haldane. However, he is on the way out shortly from the Monetary Policy Committee, so that didn’t register with investors.

However, looking at the minutes the BoE has adopted a more optimistic outlook for the UK economy. They are expecting the country’s GDP to fall by less than forecast back in February, with the low Covid case numbers and success of the vaccine rollout clearly playing a big part in this. Crucially, there is an expectation that the estimated £150 billion of savings that consumers have accumulated over the past 14 months or so will steadily be released into the economy in the months ahead. GDP is expected to rise sharply in 2021 Q2 and to recover strongly to pre-Covid levels over the remainder of this year in the absence of most restrictions on domestic economic activity. Demand growth is further expected to be boosted by a decline in health risks and a fall in uncertainty, as well as announced fiscal and monetary stimulus.

The GBP responded in a confused fashion with the meeting and chopped around before moving higher sharply this week helped by a very poor NFP report.

The FTSE 100 was far more confident and moved higher on the higher growth forecasts. However, the general sell off in stocks this week has since brought in lower. 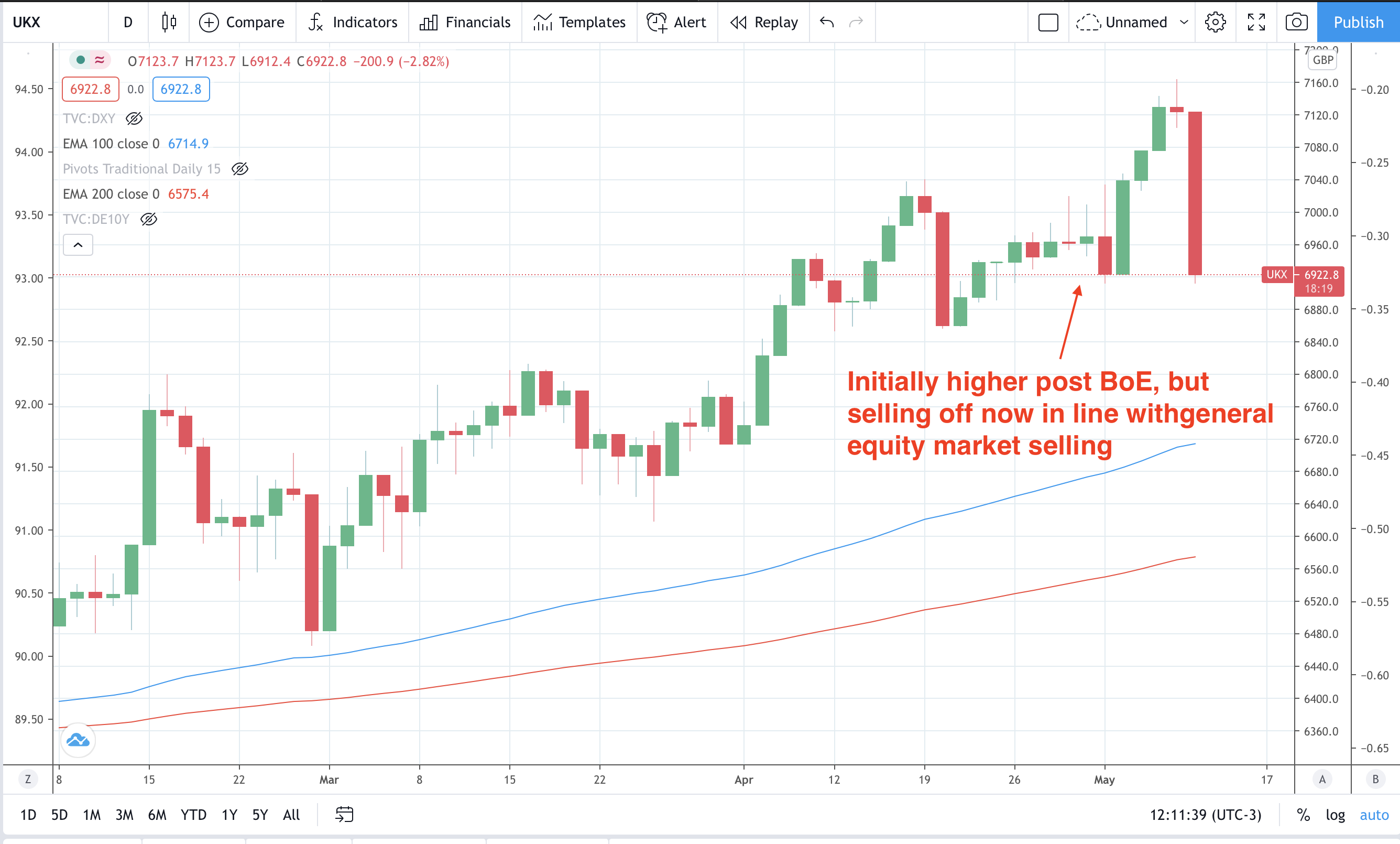 This look like a June taper can be expected now as there has been two upbeat MPC meetings in a row now.One approach would be to look for suitable technical areas to buy the GBP into the next BoE meeting. The key risk, as always,is on some kind of vaccine resistant COVID-19 variant.