USD/JPY has inched higher
during the session, up towards 109.65. We had a BOJ speaker, a dovish
speech (they usually are) which helped but the yen was softer well
before. EUR, AUD, NZD, CAD, GBP are all a little higher against the
dollar and thus the yen also.

AUD/USD
had an attempt at 0.7770 again early in the session, and managed to
pierce it (ever so briefly, high circa 0.7773) following the release
of a beat for Q1 GDP data. As I update AUD/USD is tracking in a small
range just under 0.7770. Australia’s second-most populous city
(Melbourne) has had lockdown restrictions extended for another 7 days
on top of the original 7 days (to June 10) while the surrounding
regional areas in the rest of the state have had an easing back of
restrictions. While Q1 GDP was a beat Q2 may be more challenging if
this lockdown extends further again, this time around there is no
federal government wage/job support – that measure has expired.

Comments from Japan economy minister Nishimura today indicated he is beginning the process of getting the UK to join as a member of the TPP (Pacific free trade agreement) – some good news for the UK and trade.

The
People’s Bank of China set the CNY a little weaker today for the
first time in 4 days.

The
Turkisk lira collapsed to a record low against the USD after
President Ergodan urged the central bank to cut interest rates,
saying that would help reduce inflation (yes, really). 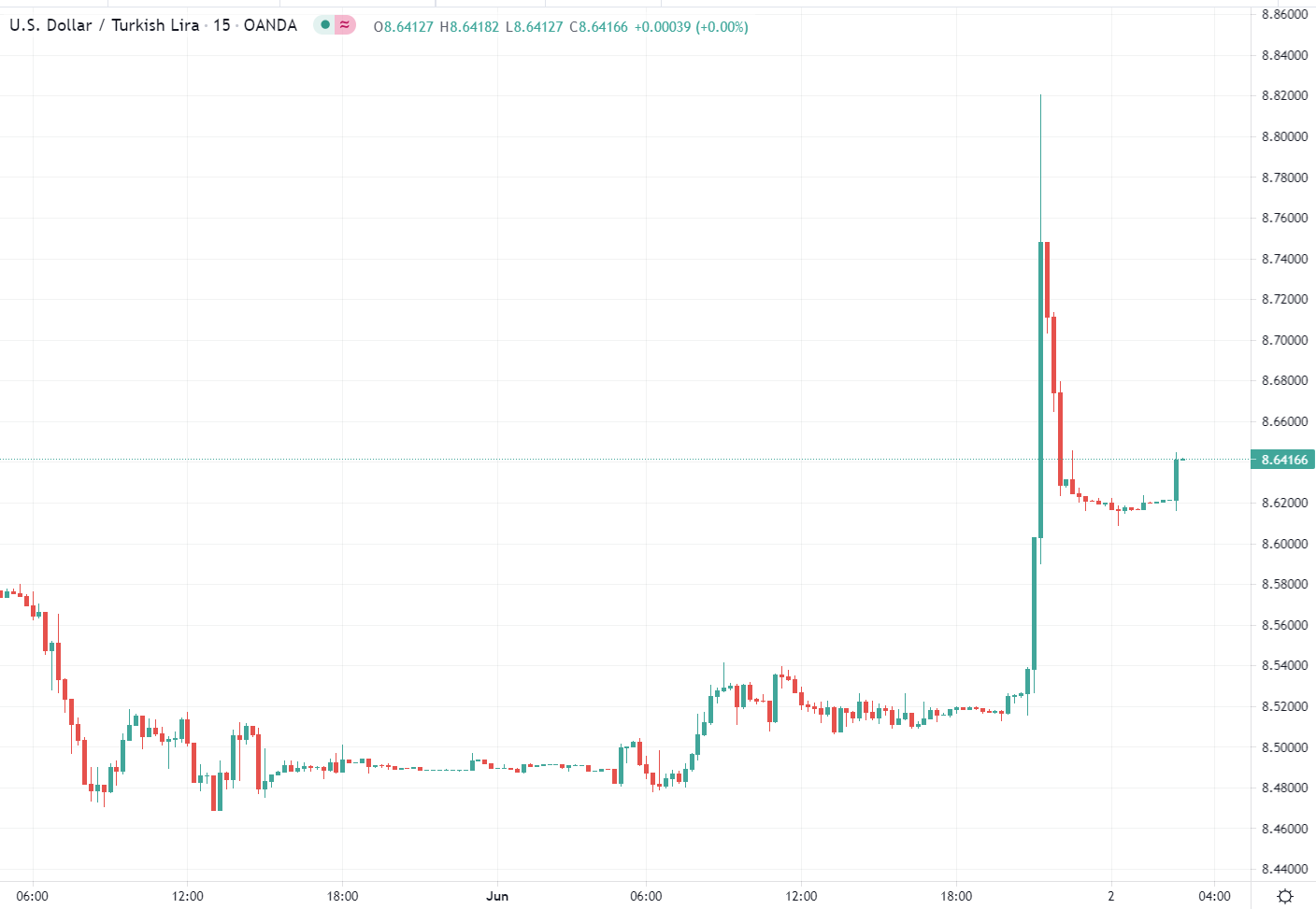 Still to come out of Australia and the RBA: