Gold
plunged soon after the opening of Sunday evening US futures trade
with a rapid drop towards $1680, down circa $80. The move came at a
very low liquidity time, it doesn’t get much poorer than a Sunday
evening, which is early Monday Asia time.

There
is more in the posts above on the drop but in summary circa 24K
contracts were sold into the market (astute traders will realise that
the same number were bought … however it was the bids getting
pummelled, not the offers getting lifted). The dumping of the
contracts have the fingerprints of a forced liquidation, $1750 was
earmarked as a technical level so stop-loss selling will have
contributed.

Gold
has subsequently retraced much, not all, of the move down with a
bounce to around $1740 to be net down just over $20 on the session.
Silver fell with gold, its retraced somewhat also.

Oil
has been trading heavily through the session, traders are wary of a
slowdown for demand as China tightens restrictions and curbs travel
during the normally strong demand summer season. Industrial
commodities on China exchanges are also lower on the day.

Across
FX there is little net change on the session after most major FX
dipped against the US dollar in early trade. AUD/USD and NZD/USD are
both net higher after early losses.

In
the US President Biden looks set to get approval from the Senate for
his bipartisan infrastructure deal. It has cleared all substantive
hurdles in the upper house and looks set for a final, approving, vote
on Monday or perhaps Tuesday at the latest. 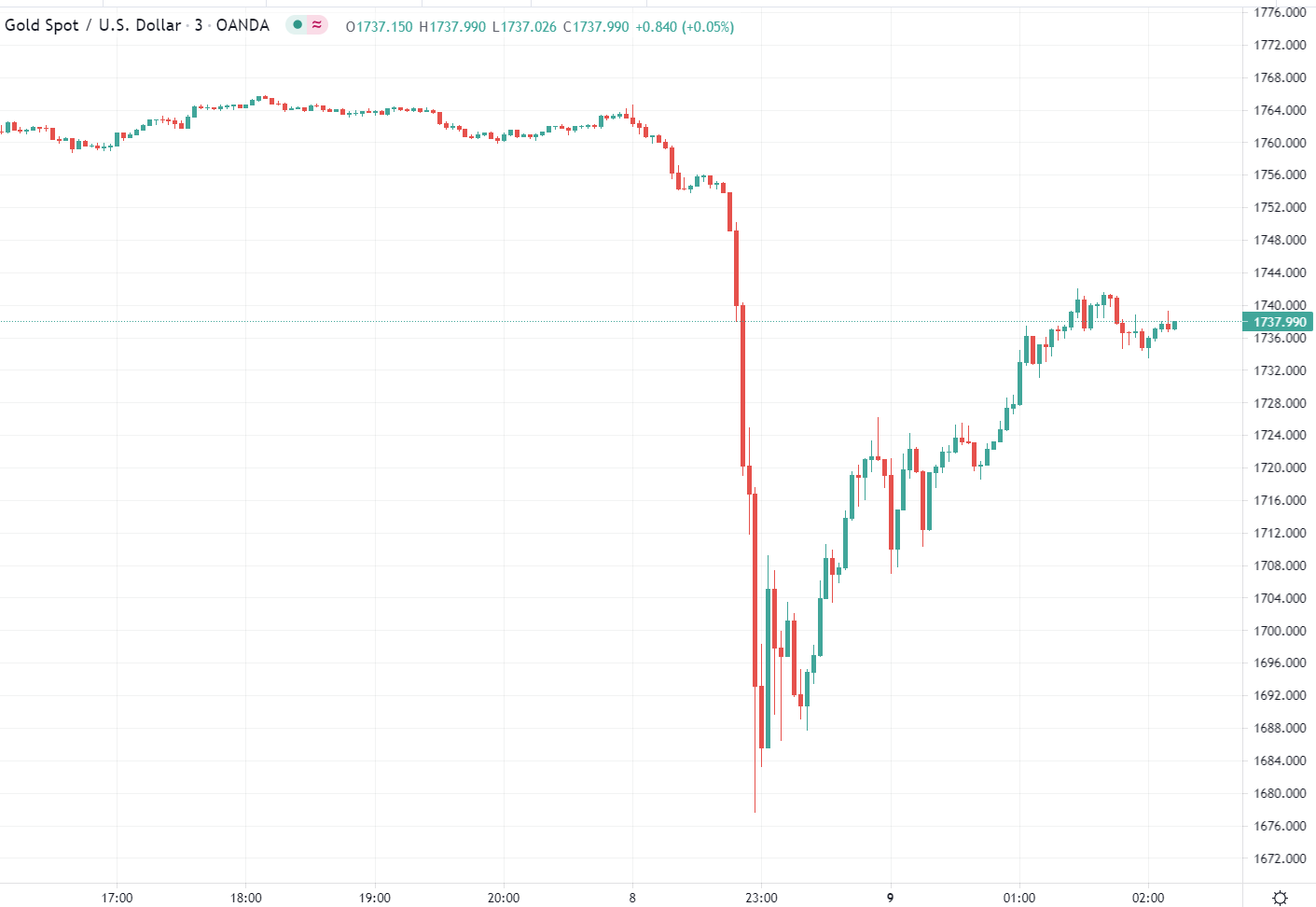