FOMC meeting minutes not as hawkish as the market expected

The North American session started with US housing starts coming in and much weaker than expected as higher costs, worker shortages and low supply continues to be an issue. Building permits did rise however, but they are just permits, not starts. Time will tell if they lead to more building in the future.

US stocks opened the day lower, the dollar was mixed with the GBP the strongest and the NZD the weakest (on the back of no change in policy by the RBNZ).  US yields were higher by a few basis points.

When the minutes came out, and the headlines started to trickle on the screen the dollar reversed some of its gains and although the greenback is still ending higher on the day, a lot of the gains are because of the NZD weakness (down -0.58% vs the USD). The other gains were trimmed vs the CHF, JPY, CAD, AUD and EUR. The dollar is closing near unchanged vs the EUR and down -0.13% vs the GBP. 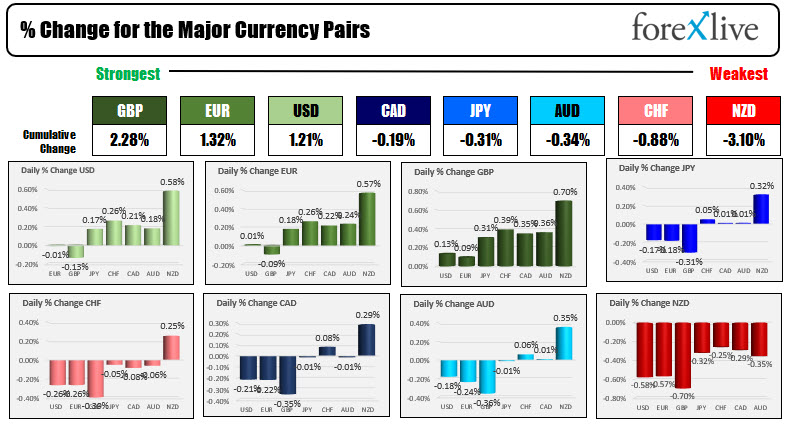 What did the Fed minutes say:

Digging deeper, although the taper goals were not yet made, most officials still sought tapering starting this year, with some seeing tapering in the coming months. However, several also thought tapering should begin early in 2022.

On inflation, the Fed staff revised its projections for inflation, but said there was no evidence of a broad-based price pressures. Nevertheless some thought it was prudent to prepare to taper due to inflation risks.

Of course the minutes came before the stronger than expected jobs report that showed over 1M jobs created  (revisions included last month), but there has also been weaker housing, weaker retail sales and stronger inflation as well. In addition, most of the Fedspeak since the jobs report, has seen more about an earlier start to the taper. The exception being the Fed Chair himself. The focus will now turn to the jaackson Hole summit next week (August 26-28) where the chair will be largely expected to tip his hand — will the taper be sped up or will it continue to drag on for a few more months to see (not hope) that the Delta variant does not kill the positive (but still short of pre-pandemic levels) job trends.

Nevertheless, the marketing focused on the minutes today and they were still less hawkish than what the market was expecting and the dollar declined.

In  the US debt market, the US yields moved back lower with the 10 year closing near unchanged on the day and the 30 year lower by -1.9 bps.