Did cutting off US unemployment benefits boost job seekers?

On September 6 all US extra pandemic benefit programs will end, causing financial hardship for many in the country. But will it alleviate the overhang of unfilled jobs?

The early indication is that it won’t, which is counter-intuitive to what most were expecting, including the 21 states that ended benefits early.

University of Chicago economist Peter Ganong took a close look at the state-by-state data released Friday and showed this: 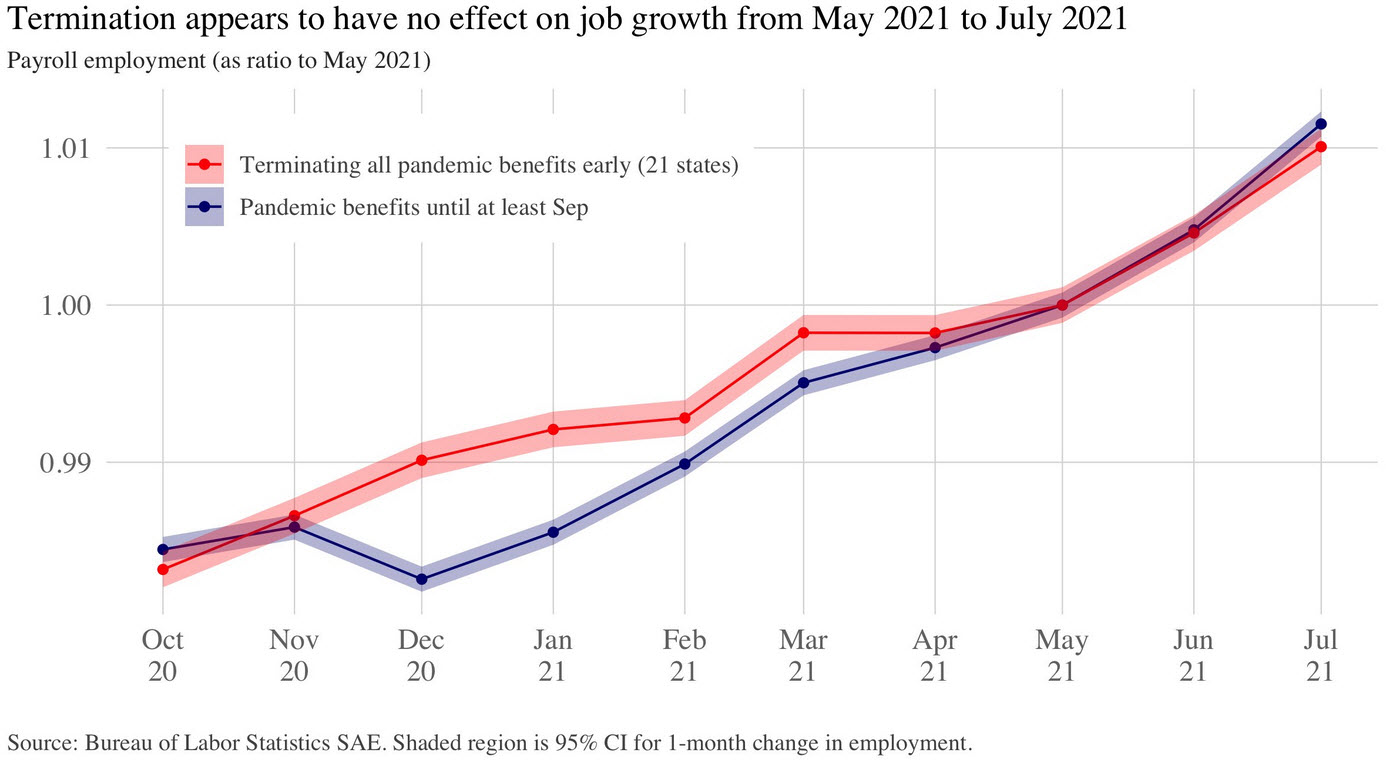 There are a dozen small caveats about the numbers but data wonks at The Economist also are having difficulty finding any difference in states that cut off benefits.

Of course, there could simply be a lag as people draw down on savings and use credit while they hunt for jobs.

In any case, this has large implications for the Federal Reserve. There remains a major gap in labor force participation that many officials want to see closed before hiking rates. If these very early conclusions about putting benefits back to pre-covid levels don’t result in a reversion in the jobs market, then it could mean a persistently tight jobs market and higher inflationary pressure.

Dollar sees some selling as the US morning progresses