Busy day for economic data as a new month gets underway 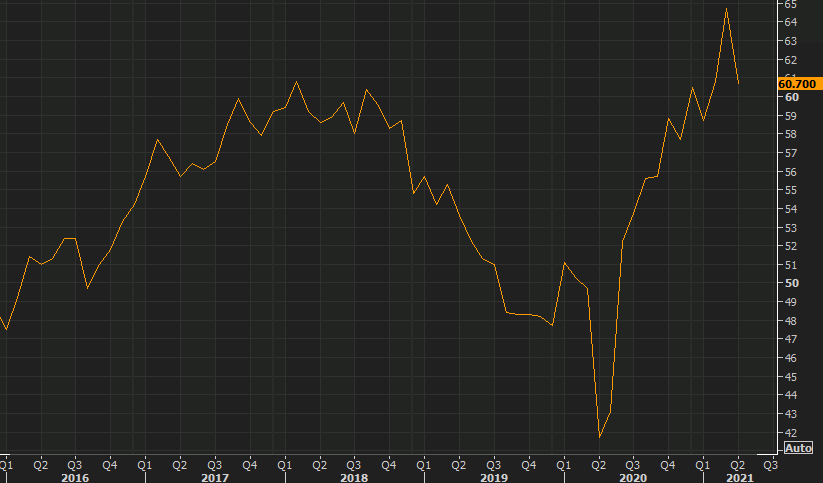 I wrote about June seasonals on the weekend and one of them is bullishness in oil. That’s off to a spectacular start with crude up 4% already this month.

Flows so far in the month are risk positive now that New York and London are back in the mix.

The next impetus will come from economic data and there are some big releases today. Canadian GDP was a touch soft earlier today but the second round of Canada data comes at 1330 GMT with the Markit Canada manufacturing PMI. It was previously at 57.2 and is likely to be on the soft side due to lockdowns and chips shortages in the auto sector.

The shift to the US starts 15 minutes later with the final Markit US PMI. No change from the 61.5 prelim is expected.

The main event is at 1400 GMT with the May ISM manufacturing data (shown above). The consensus is 60.9 from 60.7 but the regional numbers have been on the softer side so watch out for a miss. That report is released at the same time as construction spending, which is forecast at +0.5%.