The coalition partner, ‘National Party’, has its base in rural areas of the country.

The latest from NSW today is that the NSW government is calling back Pfizer vaccines that were allocated to rural areas of the state for use in Sydney. The background to this of course is the rising number of infections in the city, earlier update here:

I’m highlighting this as there may well be some ructions at upper levels of the Federal government over this move. People in the country may not be happy and may express their concerns to their elected representatives who may, in turn, raise objections with the senior coalition party, Scott Morrison’s Liberal Party.

Curiously, Gladys Berejiklian, Premier of New South Wales, also holds her position due to the same coalition. She is a Liberal Party politician ruling in coalition with the National Party in NSW. Could be some interesting times ahead.

The Prime Minister and Premier. 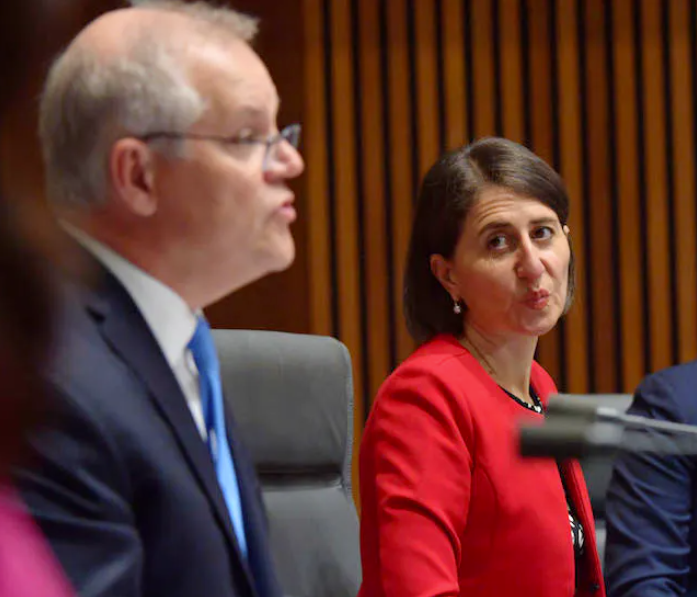