A trading day after the better than expected jobs report, Feds Bostic and Rosengren tilted more toward the early taper side. Fed’s Barkin was a little less convincing.

Bostic said that the economy could reach “substantial further progress” in another month or two.  Rosengren said the Fed “should begin slowing stimulus efforts by the fall”.  Barkin said that the Fed has made “substantial further progress” towards the taper benchmark on prices, but feels the focus should be on employment to population ratio. That ratio is lower than prepandemic levels (61.1% vs 58.4% currently), but he is still positive on the economy saying “he expects high level of spending for some time” and “demand does not yet seem dented by Delta variant”.

The dollar continued it’s move to the upside today after Friday’s surge after the jobs report.  The greenback is the strongest of the major currencies. The CHF is ending as the weakest today.  The USDCHF was the biggest mover (by far) with a change of +0.67%. The AUDUSD was the next largest mover at 0.33%. 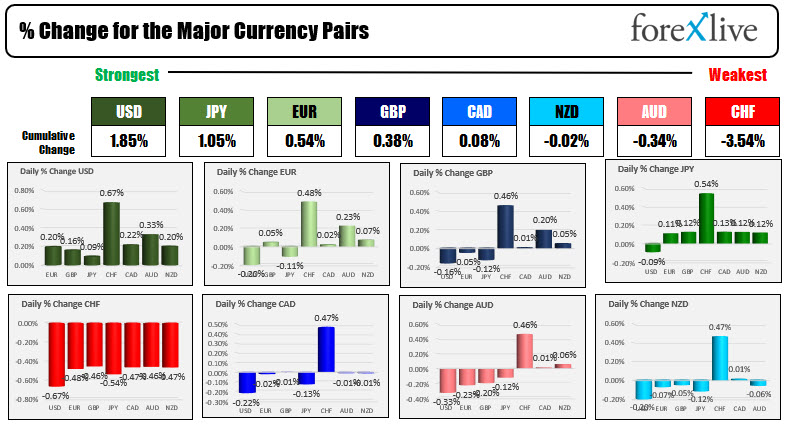